Have you ever been lost as a photographer or cast adrift as a human being?
This episode is for you.
Gabrielle Motola talks frankly and openly about dealing with a range of professional and personal setbacks.
This is an episode about life, joy and struggle. It's about staying connected to your soul as a photographer, as an artist, as a creative, as a human being.
It's also about facing down upsets by taking action. Massive action (ride to Iceland on a 250cc motorbike) and small action (take just one photograph, connect with one person, however fleetingly).
Above all, this episode is about staying true to yourself and finding beauty and purpose in a turbulent, messy and sometimes frightening world.

A one-off episode to catch up with previous guest Jonathan Desmond about his recent book of photographs of Vancouver's Chinatown: I Was Lured Into A Tea Shop—Vancouver’s Chinatown from 2013-2015

The Documentary Photographer Podcast—Episode 29: Finale—Lessons Learned and How to Get the Most from this Podcast

This is the final episode of the Documentary Photographer Podcast. It may return for a second season, but for now it is the last one.

You'll hear me explain why I've called a halt and find out the top 10 wondrous things the podcast gave me.

Here's the list (in no particular order of importance):

Thank you for your company along the way. It's been a privilege.


Show & Tell Communications (www.showandtellcommunications.net)
Spierkater (www.spierkater.com)
Roger Overall Photography (www.rogeroverall.net)
Peter Cox Photography (www.petercox.ie)
Doug Menuez (www.menuez.com)
Doug Menuez: On Chaos, Fear, Survival and Luck This link takes you to an archived version of Doug's previous blog/website via Archive.org. I'm doing so because I'm getting a malware notice from my Norton security software at the moment regards Doug's actual old site. I've emailed Doug to let him know. But in the meantime, you can read the article safely here: https://web.archive.org/web/20160317092335/http://dougmenuez.com/on-chaos-fear-survival-luck/
Posted by test at 11:04 2 comments:

The Documentary Photographer Podcast—Episode 28: Anna Gunn—How to Create Your Own Photo Fest 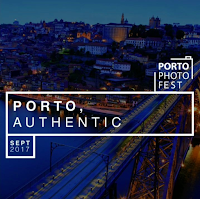 Anna Gunn joins us from Portugal to talk about her career in photography and how she created Porto Photo Fest from scratch.

Follow her journey from aerospace engineering via theatre lighting to photography. You'll not only hear lots to inspire you on your own creative journey, but also learn how Anna convinced some of her photography heroines and heroes run workshops at the inaugural Porto Photo Fest.
Posted by test at 13:58 No comments:


In this episode, you’ll hear Mandy Baker talk about her project Beyond Drifting: Imperfectly Known Animals, which draws attention to plastic pollution in the environment—seas and oceans in particular.

From the project exhibition press release:

Plankton form a diverse group of microscopic marine organisms living in the water column, not able to swim against the current; they exist in a drifting, floating, state. In this series by Mandy Barker, unique ‘specimens’ of this animal species relate to the pioneering discoveries made by marine biologist John Vaughn Thompson in Cobh and Cork Harbour during the 1800’s.


Presented as microscopic samples, objects of marine plastic debris, recovered from the same location, mimic Thompson’s early scientific discoveries of plankton. The work represents the degradation and contamination of plastic particles in the natural environment, by creating the perception of past scientific discoveries, when organisms were free from plastic. The enveloping black space evokes the deep oceans beneath. Presenting new ‘specimens’, created from recovered debris, serves as a metaphor to the ubiquity of plastic and the anthropocene, encapsulating in miniature the much larger problem of an imperfect world.

"Current scientific research has found that plankton ingest micro plastic particles, mistaking them for food, and at the base of the food chain they are themselves a crucial source of food for many larger creatures. The potential impact on marine life and ultimately humankind itself is currently of vital concern. In terms of plankton, and of action, we are ‘Beyond Drifting’, and must bring into focus these ‘Imperfectly Known Animals’.


In this episode, you’ll hear Gabrielle Motola talk about her career path and her work, especially her book ‘An Equal Difference’. The book looks at Iceland’s response to the 2008 financial crisis and focuses on the country’s thinking around gender equality and gender identity. Central questions in the book are “Why did Iceland react the way to its financial crisis by calling for the feminisation of the banking culture? Why did it prosecute those who did not live up to their social responsibilities and acted in self-serving ways to the detriment of society? Why did no other country react in this way?”
For me personally, 2016 was a year that underlined starkly how women aren’t seen and treated as equals in many societies, actually probably most societies. I think a good example is that of the USA, which will soon have a president who has admitted to treating women outrageously, but that’s OK by a large share of the electorate—large enough to have him elected, without him expressing remorse or regret at his behaviour. Such an attitude towards women simply isn’t a problem for many people.
I have a daughter and to me, right now, it feels as if she is growing up in a world that is taking a lot of steps backwards—including in terms of gender equality. The world has some big problems to solve. It doesn’t strike me as a good idea to marginalise half of our creative and intellectual capacity at a time when our problems are huge and growing.
And like many of you, I live in a country in which the average citizens had to bear the brunt of the financial collapse, while most of those responsible (politicians and bankers) were never called to account. That’s how it feels anyway. The same politicians are in power and they still speak with stomach-churning self-importance about their great deeds and accomplishments, ignoring the hurt, stress and despair they caused.
So Gabrielle’s book and the story behind it stirred my interest. I hope it will yours too.
A thank you to Thomas Paris, who suggested that Gabrielle would be a good person to speak with. Thomas, if you have any other suggestions, don’t hold back. That goes for anyone listening to this now. Maybe you know someone who deserves a wider audience?
And now a little confession. For some reason, my audio track stopped recording during the Skype call with Gabrielle. So, in the interests of transparency, I should tell you that I had to re-record 95% of my share of the conversation. So what you hear is I suppose me in conversation with a recording of Gabrielle’s side of the original conversation. I hope that doesn’t spoil the episode for you.

In this episode of the podcast Damian Drohan talks about how to generate paying documentary commissions and explains how he has received commissions from public bodies. He also talks about keeping yourself going during lean times and during dark times.

You'll also hear why it's been a bit quiet on the podcast and blog since the middle of last year.

In the our conversation, Damian mentions the following links:

The Documentary Photographer Podcast—Episode 24: Jon Wilkening—The Courage to Follow Your Heart to Fulfilment as a Photographer


Jon Wilkening left a successful career in finance to become a fine art photographer. His whole life, he felt like he was different and couldn't shake a sense of not quite belonging. It's hardly surprising when you think he's an American whose childhood was spent in the Netherlands and India. He was 12 by the time he settled permanently in the US.

Jon speaks about his fascinating upbringing and about how he came to make a risky, yet fulfilling leap from finance to photography.You'll also hear about the influence AJ Leon and the force of nature that is Misfit Inc had on his life.A special mention goes to Jane Boyd, a mutual friend who brought Jon and I together for the show.


Peter Cox is a successful professional landscape photographer based in Co. Cork in Ireland. He is currently running  a Kickstarter campaign to help publish his second book, Atlantic Light. To say it has been a huge success so far would be an understatement—like saying the summit of K2 is a stiff walk.

Peter is no stranger to Kickstarter success. His previous book campaign was almost 400% funded and he is on track to repeat that this time round.

In this episode of The Documentary Photographer Podcast, Peter talks about what you need to run a successful Kickstarter campaign and explains what went into his latest book project.

Peter is also an early adopter of drone technology for his photography and his latest book will feature photographs taken exclusively from the air. He explains what drew him to drone photography and tells of some of the mishaps along the way.

If you have plans to run a Kickstarter campaign to publish a book of your photographs, Peter has some wonderful and useful insights for you.

Below is the secondary, supporting video that Peter talks about in our conversation:


Atlantic Light from Peter Cox on Vimeo.
Posted by test at 08:09 No comments:

Can you make money from smartphone photography? Yes, you can. In this episode of The Documentary Photographer podcast, American photographer Stephen Serio talks about his Instagram photography and how it fits in with his career as a professional photographer.

Stephen also explains the "architecture of light", a principle he learned from one of his mentors, documentary photographer David Plowden.

You can listen to the latest episode via Stitcher. Just click on the icon above